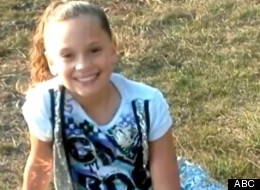 As the family of a 10-year-old girl killed by a celebratory gunshot on New Year's Eve mourned the loss of their daughter, their home was being burglarized.

Aaliyah Boyer, of Lancaster, Penn., was welcoming 2013 with relatives in Elkton, Md., when, shortly after midnight, she collapsed.

"The next thing I knew they carried her in and she was just limp," her mother, Crystal Blackburn, told ABC2. "I thought maybe she passed out because she did have a little bit of blood... but nothing significant."

The family never heard the gunshots over the sound of fireworks.

In the face of tragedy, Aaliyah's loved ones are carrying out an extraordinary act of kindness. The family agreed to donate Aaliyah's heart to a 3-year-old in need of a transplant at the same hospital, according to LancasterOnline. The family also donated some of Aaliyah's other vital organs.
Read more
Aaliya Boyer organ donor